The U.S. Attorney’s Office will continue its grand jury investigation into corruption and abuse of power.

Assistant U.S. Attorney Michael Wheat made a deal last week with former Honolulu police chief Louis Kealoha and his prosecutor wife, Katherine. Walk out of your Kahala apartment at 6 a.m. to surrender peacefully to the FBI or wait for agents to come in and get you.

It was a pivotal moment in a nearly three-year long investigation by the U.S. Justice Department that began as a look into whether the Kealohas had framed a family member for the theft of their mailbox.

But the federal investigation, being led by the U.S. Attorney’s Office out of San Diego, is far from over.

As Acting U.S. Attorney Alana Robinson outlined the breadth of the alleged conspiracy during a press conference outside the federal courthouse in Honolulu last week, she bluntly stated: “This is just the beginning.”

“We have returned the indictments. The federal prosecutors from San Diego will continue to lead the prosecution of this case.”

A new federal grand jury has already been empaneled. Special prosecutor Wheat is scheduled to return to Hawaii in early November to continue his investigation into corruption and abuse of power within the Honolulu Police Department and other law enforcement agencies, potentially including the office of Honolulu Prosecuting Attorney Keith Kaneshiro.

Kenneth Lawson, an associate faculty specialist at the University of Hawaii’s William S. Richardson School of Law and co-director of the Hawaii Innocence Project, said the allegations laid out in the indictment appear to be the Justice Department’s opening salvo.

“It’s not like they indict someone and say, ‘It’s been a great investigation. Let’s wait until the trial.’ That’s not how it works,” Lawson said.

“The investigation is continuing even through the indictment. It wouldn’t be at all unusual in a case like this that alleges widespread conspiracy — especially with what we know so far — to see a superseding indictment that adds either more claims or more defendants.”

The allegations spelled out in a 42-page indictment released last week accused the Kealohas of orchestrating the mailbox-theft frame job. The charges also include accusations of bank fraud and forgery in an attempt to enrich themselves at the expense of Katherine Kealoha’s uncle and grandmother, as well as two children who were under Katherine’s guardianship.

At least five Honolulu police officers are alleged to have taken part in the scheme, and they all face criminal charges as a result. One has already pleaded guilty to federal conspiracy.

Retired HPD Chief Louis Kealoha and wife, Katherline Kealoha, a top-ranking city prosecutor, exit U.S. District Court in Honolulu after the release of a 20-count indictment against the couple.

More witnesses could come forward now that the initial charges have been filed, Lawson said.

There’s also the possibility that federal prosecutors will try to convince some of the named defendants to cooperate in their investigation into other matters.

“The whole theory is that the small fish eat the big fish over in the federal pond,” Lawson said.

Wheat has declined to comment on the pending investigation.

But Paul Delacourt, the FBI’s special agent in charge for the district of Hawaii, was more expansive during last week’s press conference.

“This is far more than a case about a stolen mailbox,” he said. “This is an ongoing investigation that began following the mistrial of Gerard Puana and subsequent allegations that Honolulu police officers falsified evidence and testimony in that investigation. The investigation thereafter uncovered much more.”

Although grand jury proceedings are secret, past witnesses called before the panel and statements made by prosecutors provide at least some hint of what might be on the horizon.

Some of it appears related to Katherine Kealoha’s time as a city prosecutor and her relationship with Kaneshiro, who has been one of her staunchest defenders.

Victor Bakke, a long-time criminal defense attorney and former city prosecutor, was in the federal courtroom Friday when the Kealohas and another alleged co-conspirator, HPD officer Daniel Sellers, pleaded not guilty to the charges lodged against them.

Bakke said it was clear from the proceedings that Wheat’s team has more evidence of alleged wrongdoing particularly as it relates to Katherine Kealoha’s work and her boss, Kaneshiro.

“The mailbox was just the fuse that lit this,” Bakke said. “I think Kaneshiro created his own little mess by standing up for Kathy. That turned the spotlight onto him.”

Several issues that the feds have been investigating over the years were not mentioned in the indictment, including concerns over a $5.5 million property deal by the city and allegations that Katherine Kealoha lied to a state court judge to get a speeding ticket dismissed for a business associate.

Kaneshiro attempted to cover for Kealoha’s dismissal of the speeding ticket, saying that he ordered it. But he gave a much different explanation for dropping the ticket than she did.

Kaneshiro said the dismissal was part of his office’s own investigation into whether HPD officers were issuing fake speeding tickets as part of a scheme to collect more overtime pay.

But Kaneshiro has never been able to provide documentation to support his claims. In fact, his own office has told the courts it has no evidence of any investigation into the HPD officer who issued the speeding ticket to Katherine Kealoha’s business associates.

Officials with HPD and the police commission have also refuted the prosecutor’s claims.

While the speeding ticket was not mentioned in the indictment against the Kealohas, Assistant U.S. Attorney Eric Beste raised the issue with U.S. Magistrate Judge Richard Puglisi on Friday when arguing that Katherine Kealoha should remain in federal custody.

Beste told Puglisi that federal prosecutors had evidence showing that Kealoha had attempted to get her business associate, who had been talking to the FBI, to change his story.

Beste said Kealoha had a history of “abusing the levers of power” as a deputy prosecuting attorney and had contacted others who had testified before the federal grand jury, some of whom she asked to communicate with her via encrypted messaging.

He also noted that Kealoha had at least 10 separate phone numbers that she allegedly used to “avoid detection and avoid monitoring.”

When the FBI executed a search warrant at her home, he said the agents recovered at least five phones that were believed to belong to her.

“There’s evidence that the defendant has attempted to conjure up evidence to support her conduct,” Beste said, referring to the ticket dismissal case. “We believe that evidence is strongly indicative of someone who is willing to obstruct justice and willing to fabricate evidence.”

Another issue that came up before the grand jury relates to the City of Honolulu’s purchase of an apartment complex that Kaneshiro wanted for a sanctuary for victims of domestic violence, sexual abuse and human trafficking. The complex is called the Honolulu Prosecutor’s Safe House.

The city purchased the property from one of Kaneshiro’s top political donors, Donna Walden, for $5.5 million despite the fact that Walden and her investors had themselves recently obtained the property for $4.5 million.

Wheat called numerous witnesses before the grand jury in recent weeks to testify about the Honolulu Prosecutor’s Safe House and the circumstances surrounding the purchase.

Bakke, who represented one of the people who testified, said the feds are “100 percent” looking into the Safe House purchase, which he said seems unrelated to Katherine Kealoha.

But what makes Bakke most certain about the magnitude of ongoing investigation are all the search warrants.

The FBI executed search warrants in January at the Honolulu Prosecuting Attorney’s Office and other city facilities, something Bakke described as a “huge deal.”

Another search warrant was executed just last week at the Kealohas residences just before they were arrested, potentially resulting in the collection of more evidence.

“That’s the safest signal that this process is nowhere near over if they’re still in the process of actively serving search warrants,” Bakke said. 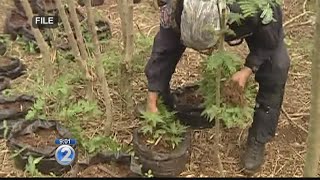